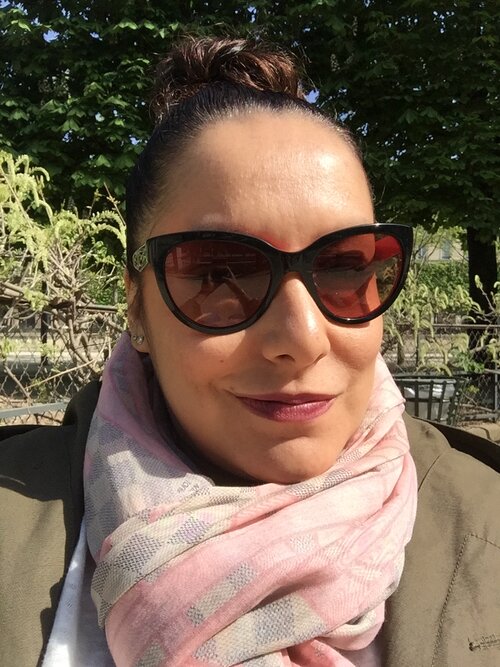 FALL 2022:
Wednesdays 2-4 via Zoom (Link on Moodle or email me)
Email me: felisavr@illinois.edu
Edit Your Profile
Assistant Professor

The Author as Cannibal: Rewriting in Francophone Literature as a Post-Colonial Genre (1969-1995) (University of Nebraska Press, 2022) shows how in the first decades after the end of French rule, Francophone authors engaged in an exercise of rewriting narratives from the colonial literary canon. In The Author as Cannibal, I present these textual revisions as figurative acts of cannibalism and examines how these literary cannibalizations critique colonialism and its legacy in each author’s homeland. I focus on four representative texts: Une tempête (1969) by Aimé Césaire, Le temps de Tamango (1981) by Boubacar Boris Diop, L’amour, la fantasia (1985) by Assia Djebar, and La migration des coeurs (1995) by Maryse Condé. Though written independently in Africa and the Caribbean, these texts all combine critical adaptation with creative destruction in an attempt to eradicate the social, political, cultural, and linguistic remnants of colonization long after independence.

The Author as Cannibal situates these works within Francophone studies, showing that the extent of their postcolonial critique is better understood when they are considered collectively. Crucial to the book are two interviews with Maryse Condé, which provide great insight on literary cannibalism. By foregrounding thematic concerns and writing strategies in these texts, I show how these re-writings are an underappreciated collective form of protest and resistance for Francophone authors.

Praise for The Author as Cannibal:

“Felisa Vergara Reynolds sheds an exciting light on Francophone literature. Her work brilliantly displays the common movement originated by authors who subvert the colonial lens by using its codes and transform them into the tools of its critique.”—Rokhaya Diallo, French journalist, writer, filmmaker, and activist for racial, gender, and religious equality
“Felisa Vergara Reynolds’s impressive postcolonial reading of the author as cannibal strategically locates literary rewriting as a political form of protest, resistance, and reappropriation. . . . From rewriting and reclaiming the historical record to the inscription of subjectivity through the privileging of formerly marginalized perspectives to reversing the power dynamic intrinsic to the Eurocentric gaze, Reynolds peels back the veil of colonial ‘camouflage’—with its histories of domination, exclusion, and misrepresentation—to denounce colonial authoritarianism and reveal a set of counternarratives that imbue the formerly colonized with agency and the right to self-representation.”—H. Adlai Murdoch, author of Creolizing the Metropole: Migrant Caribbean Identities in Literature and Film

“Black bodies and French Colonial History: Beyoncé and Jay Z’s Apeshit at the Louvre” The African Literature Association. Virtual, May, 2022

“The place and role of the Storyteller in the transmission of knowledge in Africa.” with Roukiatou Bâ, Founding Director of the Amadou Hampâté Bâ Foundation Center for African Studies, University of Illinois-Urbana-Champaign. October 21, 2020.

“Portraits by the colonized: Independence on film.” Center for African Studies, University of Illinois-Urbana-Champaign. April 22, 2020.

“Minority identities amidst an oppressive universalisme: The role of the podcast Kiffe ta Race in France.” Contemporary French Civilization. (Forthcoming 2023)

“From colonial bureaucrat to colonial critic: the evolution of René Maran” (In progress)